Japan’s new Prime Minister – where will he take the country? 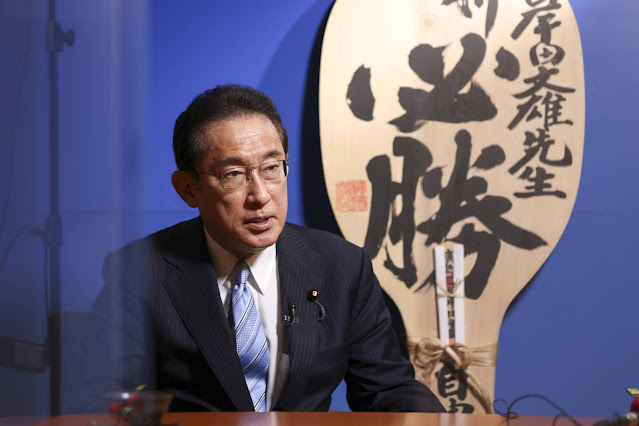 The election of Fumio Kishida as leader of Japan's ruling Liberal Democratic Party (LTD) is one further step toward likely 'real war scenarios' in the Indo-Pacific region. The former Foreign Minister is a well-known China hawk, with a defence background.

The decision by the US to establish a network of precision-strike missiles in the region is a worrying sign of escalating diplomatic tensions eventually spilling over into armed conflict with certain implications for Australia.

In late September the ruling Japanese LDP found a successor to outgoing Prime Minister Yoshihide Suga who stood down following a number of problems and declining popularity. Fumio Kishida, a former Foreign and Defence Minister, stated on a number of occasions during his election campaign the country should adopt missile-strike capacity and a more aggressive stance toward China. He was taken very seriously.

Fumio Kishida is known to have wide-spread support amongst senior figures and elders in the LDP and has followed the traditional approach by seeking to strengthen the US-Japan alliance. (1) In forthcoming national elections scheduled for next month the LDP appear likely to triumph, once again. They have ruled the country for most of the past 65 years.

Japan now, however, is faced with new dilemmas; the traditional US-Japan alliance is under new challenges. The days when Japan was content to hide behind their pacifist constitution has given way to a re-evaluation of Clause Nine, whereby the country has joined US-led regional military exercises and undertaken responsibility for defending 'US interests' if challenged.

The rapid rise of China as a regional and global power has seriously altered the traditional balance of forces, threatening US-led hegemonic positions. The US has, therefore, expected allies such as Japan and Australia to take more responsibility when dealing with 'US interests'. The two countries are regional hubs, closely linked to US military planning and tend to follow Washington and the Pentagon without question.

The announcement about Fumio Kishida's appointment as LDP leader was greeted with enthusiasm in Canberra, where it was noted 'it has been suggested he could seek Japanese entry into the Five Eyes intelligence-sharing alliance'. (2)

The issue of missile-strike capacity has followed decisions taken by the Pentagon earlier this year to bolster existing regional military and security provision with a network of precision-strike missiles based on island chains. The core proposals for the new Pacific Deterrence Initiative (PDI) were submitted by the Pentagon to Congress in March. (3) It has been costed at about $27 billion, amounting to about $4.7 billion for fiscal year 2022 and later years to 2027. (4)

The Pentagon, in recent years, has returned to military planning resting upon Island Chain Theory (ICT), which had largely been discounted following the end of the last Cold War.

ICT, for the Pentagon, has become primarily a way in which they seek to encircle and contain China's influences and restrict their ready military access and egress. The first island chain consists of a group including Taiwan, Okinawa in Japan and the Philippines. The second island chain runs from south-east Japan, through Guam and south of Indonesia, providing access to the western Pacific and Oceania.

The fact the US seeks to position its proposed Integrated Joint Force (IJF) with precision-strike missile facilities along the first island chain and an integrated air missile defence in the second chain, has revealed how the US are seeking to militarise the region still further.

The announcements were not accompanied with any known diplomatic approach to the countries located along the island chains to request they host the US military facilities. No concern appears to have been given by the Pentagon to the national interests of the countries and the likely diplomatic reaction by China toward them. It was noted, for example, that while 'a network of missiles countering China in the Indo-Pacific region would be a plus for Japan … nevertheless … Tokyo has not discussed such a move with Washington'. (5)

Informed sources, however, have acknowledged that Japan hosting the proposed missile program was 'fraught with difficulty'. (6) It was noted with concern that, 'Tokyo is likely to encounter local opposition around potential deployment sites', with Japanese people not keen to see their country militarised and placed on a likely war-footing with China'. (7) When pressed, a Japanese Defence Ministry official also acknowledged that defence budget concerns might also arise; 'Washington', he noted, 'could ask us to shoulder maintenance and other costs associated with missiles deployed in Japan'. (8)

To date, the Morrison coalition government in Canberra and the Australian Defence Department has been remarkably quiet about the matter; it is no difficult to explain. Highly sensitive US military facilities are hosted in Australia, including Pine Gap, which provide regional-wide signals and intelligence coverage. It is not particularly difficult, therefore, to see how Australia might find itself dragged into military hostilities to defend 'US interests' at the beck and call of the US: